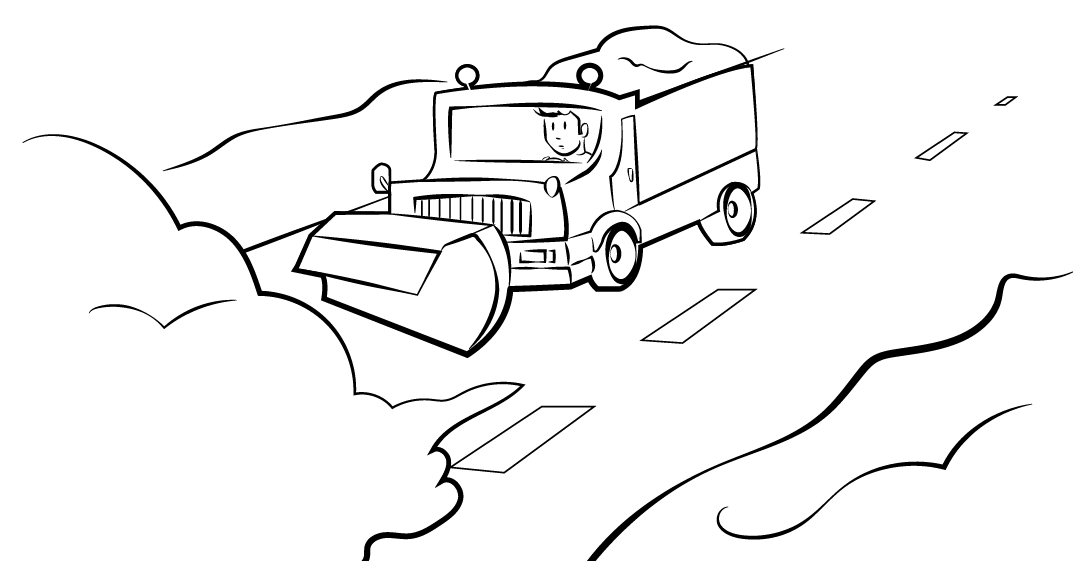 Ontario, British Columbia, Albert, and Quebec have privatized 80 per cent or more of their highway snow clearing.1

Ontario began privatizing highway maintenance in 1996. In 1999 the Ontario auditor general found private road maintenance was costing $2 million more than when it was a not-for-profit service.2

British Columbia privatized highway maintenance in 1988. A study carried out for the province in 1994 found that costs actually increased by $19 million per year in 1992-93 constant dollars.3

Quebec Information about the privatization of highway maintenance in Quebec is proving difficult to find.

What the Evidence Shows – The Downside of Privatizing Highway Maintenance

In 1996, the Ontario Ministry of Transportation began a multi-year plan to contract out all highway maintenance on the province’s highways, including the 400-series highways. At the time, the Harris government said privatization would save the government at least five per cent compared to the ministry’s costs. The 1999 provincial auditor’s report, however, revealed that of the first four maintenance contracts, three had actually cost more under private operation.7 In fact, he found private road maintenance was costing $2 million more than when it was a not-for-profit service. Auditor Erik Peters also found that after awarding highway maintenance contracts, the Ministry engaged the contractors to perform additional work without tender and offered these contractors surplus ministry vehicles and equipment without going through the required public auction.8

“Perhaps the biggest danger to taxpayers from managed outsourcing is that MTO equipment gets given away at fire-sale prices,” MTO purchasing officer George Kerhanovich said at the time. “It’s happening now. Contractors are picking up MTO plows and trucks for a song. Taxpayers are not getting fair value.”

Even more significant than the financial losses from privatization were the safety issues noted by Erik Peters: “There were concerns that individual patrol areas were too large to adequately monitor the work of contractors to ensure that provincial highways were safe, usable and protected from untimely deterioration.”9

Today, a decade-and-a-half later, road safety under privatized maintenance remains a top concern for Ontario drivers. In January of 2014, the MTO revealed that three highway maintenance companies in the northwest had been fined for failure to meet service standards.10 The MTO would not reveal the amount of the fines levied, however; and a contractor said the company was not allowed to comment publicly on maintenance issues. This in itself confirms a common criticism of government contracts with private companies: contract terms and conditions remain secret as a matter of course.

Under this new model, contractors are not required to use the Ministry’s historically proven best practices to, for example, determine the amount of equipment (that is, snow plows, salt and sand spreaders, and combination units) required to effectively carry out winter highway maintenance. Instead, they can decide on their own how to perform the maintenance required to keep highway conditions as safe as possible in winter.11

Road maintenance contractors have been fined more than $47 million by the Ontario government over the past five years for failure to provide services. Only 30 per cent of the money owed – some $13,830,000 – has been collected. According to the MOT, some of the fines may have been reduced or waived by the government.13

Carillion Canada, a company already facing $900,000 in fines for failing to clear Ontario highways in 2014, is under investigation again by the Ministry of Transportation after a series of accidents in Peel and Halton regions on New Year’s Day 2016.

The ministry is checking to see exactly when the company dispatched salt spreaders and how much salt was applied on the Queen Elizabeth Way and on sections of Highways 400, 401, 403, 410, and 427 during a January 1 storm. About 20 accidents were reported on highways west and north of Toronto that day.

Carillion was awarded eight of Ontario’s 20 road maintenance contracts, worth a total of $87 million per year.

The company is still fighting the fines levied by the ministry for failing to properly clear the QEW of snow and ice during storms in November and December 2014. The MOT investigation into the 2014 storms found Carillion was late in deploying snow clearing and de-icing equipment, and did not apply enough salt on the highway.

In a special report on winter highway maintenance, Ontario’s auditor general found government did save money on road maintenance contracts, but at a cost that included taking twice as long to clear highways of snow or ice than it did previously, nearly five hours in some cases.14

Ontario’s Liberal government has also come under fire after admitting some of the companies awarded road maintenance contracts did not have the equipment to do the job.15

As recently as March 2014, the Ontario government was reported to be reconsidering the privatization of winter road maintenance in the province after a report from Global News raised questions about road safety.16

A poll released to Global News suggested more Ontarians than not feel road quality in the province is getting worse.

“We’re looking at changing the mix potentially and we’re in the middle of a major evaluation right now which could include things like a managed contract system, where we would hire private contractors but direct the standards and be more directive in the service,” he said. “This government will look at other forms of delivery.”

Right now the province hires contractors to plow and salt the roads. The province doesn’t tell them how many trucks to use or how many employees they should have but judges their work on whether or not the roads are cleared and the plows are running.

Members of the Ontario Road Builders Association (ORBA) told Global News that cutbacks in government funding were making it increasingly difficult for them to meet those standards. Murray says if that’s the case, the government is willing to change the system.

While he floated the idea of a public-private sector mix, he also suggested that where private contractors were meeting or exceeding targets – they could keep them. Where they weren’t hitting targets, they could be replaced.

Personal injury lawyers contacted Global News suggesting both the government and private contractors could be opening the door to litigation if safe standards are not maintained in road maintenance.

“They definitely can bring an action against the provincial government for not clearing the snow away. The courts have already decided that the provincial government has a duty to clear the roadways in due time,” said Isaac Zisckind, lead lawyer at Diamond & Diamond Personal Injury. “So if there is an accident that is caused by failure to clean up the snow from the streets or to clean up potholes, etc. they may be responsible and on the hook for a lot of money.”

And according to Murray, that’s exactly why the government is looking at a potential overhaul of the privatized system.

“If we’re going to manage the liability on behalf of the people of Ontario . . . then I would rather have that done directly by the public sector who is directly accountable to the legislature and the people of Ontario than a contractor who at this point in time has not met the terms of the contracts they’ve signed,” he said.17

Highway maintenance in BC was privatized in 1988. Since then BC’s highway network has been maintained by private firms hired by the province. The independently prepared 1994 “Burton Report” finds cost increases to highway maintenance program, concern over long-term preservation of highway assets, and decreased competition.18

The 1991 Minister of Transportation and Highways in British Columbia stated his plan to undertake “a thorough review of the privatized road and bridge maintenance program to ensure that the taxpayers of British Columbia are getting good value for their dollars and that high standards of service are maintained.”19 The subsequent study found that costs had actually increased by $19 million per year in 1992-93 constant dollars.20

A report also found that the more visible, cosmetic work was being done more extensively than the less visible preventative maintenance work, to an extent that the highway infrastructure was at risk over the long term.21

Although there were a couple of attempts, no one actually carried out a comprehensive study to determine if privatization of highway maintenance in Alberta had been cost effective. So in 2002, the Parkland Institute undertook a review to determine if the switch to private highway maintenance had resulted in lower costs for the Alberta government while maintaining the same level of service.

According to the study’s authors: “[P]rivatization in any form – as presently constituted under Alberta’s privacy laws and the secrecy practiced by the government itself, represent a genuine problem of public accountability . . .  Neither consulting firms, contracted by the government, nor the Auditor General of Alberta are mandated to examine the consequences of privatization.”22